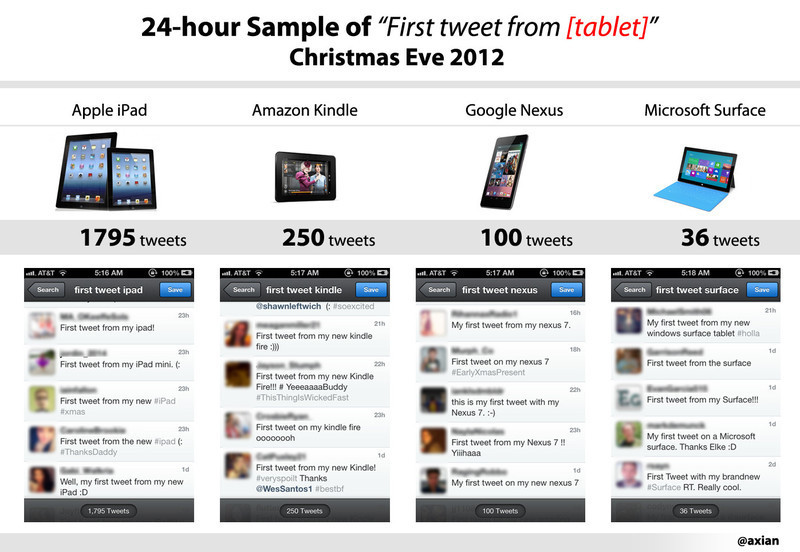 The only real correlation we can make is that iPad owners like to brag... ;)

This explains everything that has happened to both the computer and phone industries over the past five years. The iPhone is not and never was a phone.1 It is a pocket-sized computer that obviates the phone. The iPhone is to cell phones what the Mac was to typewriters.

Demand is “simmering compared to where it was at the beginning of the year, when it looked like the recovery, at least from our perspective, would have been pretty robust,” said Jeff Pederson, the new chief executive officer of Berkshire’s CORT Business Services Corp., the world’s largest provider of rental furniture. “It’s not flat-lining, by any stretch of the imagination, but it has slowed down."

WHAT’S up, Times readers? Normally right now you’d be nodding off over a very thoughtful prescription for offering Qaddafi an honorable exile at a plastic surgery teaching hospital. But not today, people! Because I deleted that snoozer when I hacked my way in here.

That’s right. I hacked the Op-Ed page. You’re only reading this because I broke into The Times’s internal network (“The Old Gray Linux Box” we call it) and put this piece in the lineup myself.

These actions confirm the end of the PC era

I found this through Daring Fireball...

Trolling, defined as the act of posting inflammatory, derogatory or provocative messages in public forums, is a problem as old as the Internet itself, although its roots go much farther back. Even in the fourth century B.C., Plato touched upon the subject of anonymity and morality in his parable of the ring of Gyges.

That mythical ring gave its owner the power of invisibility, and Plato observed that even a habitually just man who possessed such a ring would become a thief, knowing that he couldn’t be caught. Morality, Plato argues, comes from full disclosure; without accountability for our actions we would all behave unjustly.

"...addressing technical debt is really a risk decision for IT executives,” said Curtis. “I can invest in fixing some of the structural quality problems now, or risk that they result in outages, breaches, or other problems that can cost far more than addressing the underlying technical problems. In any event, technical debt represents waste, resources I could have invested in developing new competitive functionality rather than reacting to emergent problems.”

By agreeing on common specifications for lifecycle resources and the services to access them, we can eliminate traditional barriers between tools and open the door to new forms of collaboration. OSLC can bring value to software delivery teams and tool providers alike, from the most Agile to the most ceremonial of projects, and for commercially-licensed, open source, and internally developed tools.

via open-services.net
Browse the Archive »