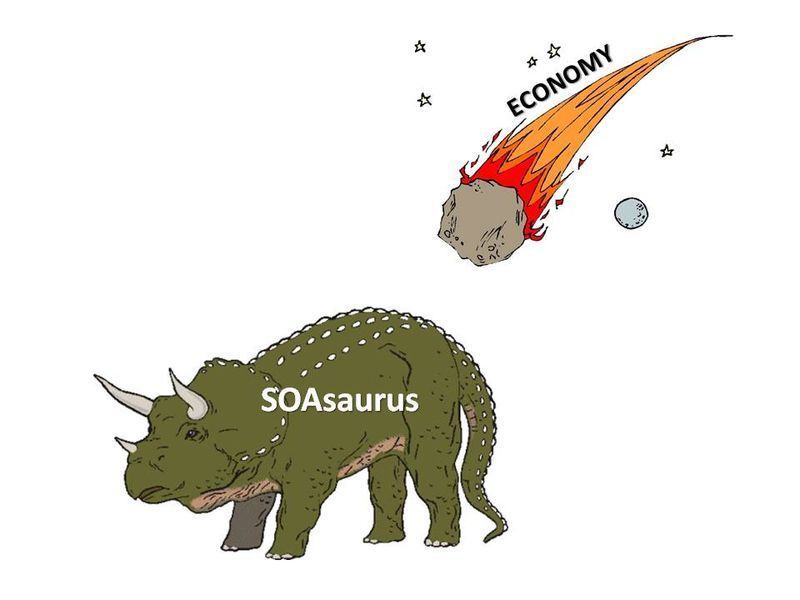 Philippe recently spoke at the SDC conference about the importance of architecture, the relationship between architecture and Agile methods and the impact of technical debt.

An interesting perspective on Agile and Architecture... 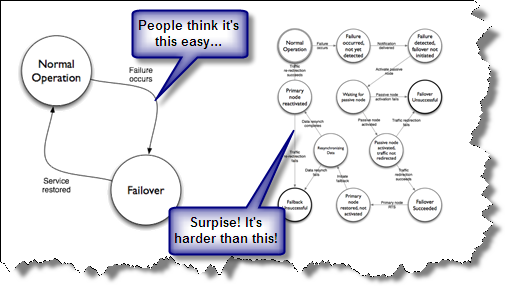 Depending on the detection and notification, there can be quite a delay before failover is initiated at all. (I once spoke with a retailer whose primary notification mechanism seemed to be the Marketing VP's wife.)

via  Wide Awake Developers Blog by Michael Nygard
I come from a systems management and operations background.  On a recent consulting engagement, I asked the tech leads what tools they used to monitor their production systems?  "None".  Well, I asked, how do you know when there is a production problem?  "The user calls us!"

At this point I lost interest. I spent a fair bit of time in the 80's and 90's mucking around with this idea. In the end I decided that it was too hard and of limited value. Why this is so was primarily crystallized for me by Alistair Cockburn who explained that since people are the central element in software development, and people are inherently non-linear and unpredictable - such an effort is fundamentally doomed. Or at least it is until people become predictable agents that can be described with tractable mathematics - for which event I'm not holding my breath.

Ning is laying off 40% of its staff and dumping free versions of its service. ...

The just-give-it-away-for-free-and-they-will-come-and-we’ll-be-rich automatron is as broken now as it was in 2001.

Testing, according to Bach, is not about assuring conformance to requirements; rather it is about understanding the requirements.

via blog.objectmentor.com
Read the rest here... [Sent from my iPhone 3GS]

In his third month as Mayor, the one-time political science major had occasion to describe his philosophy of government at a New York Post forum on crime. His passage from the liberal beliefs of his younger years was complete.

Freedom does not mean ''people can do anything they want, be anything they can be,'' he said. ''Freedom is about the willingness of every single human being to cede to lawful authority a great deal of discretion about what you do and how you do it.''

In New York, he seemed to announce, that lawful authority was his.

This popped out of a re-reading of articles around the "Broken-Window Theory" that Rudy Giuliani put to use as mayor...

IRS agents, Security Burocrats, and bad software people should go on the first ship.Don't worry, we'll be right behind on the second ship.

Slashdot even posted “The Struggle to Keep Java Relevant,” which … wow. Not only is Java not cool, but it’s not even relevant any more. Now, that article is … odd, because “relevant” apparently means “used by people with piercings,” which is an odd metric, but still!

via enigmastation.com
Browse the Archive »