From Enterprise Architecture: From Incite comes Insight...: Requirements vs Features

"Pretenders don't quite understand that design is born of constraints. Real-life constraints, be they tangible or cognitive: Battery-life impacts every other aspect of the iPhone design - hardware and software alike. Screen resolution affects font, icon and UI design. The thickness of a fingertip limits direct, gestural manipulation of on-screen objects. Lack of a physical keyboard and WIMP controls create an unfamiliar mental map of the device. The iPhone design is a bet that solutions to constraints like these can be seamlessly molded into a unified product that will sell. Not a concept. Not a vision. A product that sells."

From "Why Apple doesn’t do “Concept Products"

This article is about British mathematician Donald Davies who conceived of the idea of network "Packet Switching".

"The insight of Dr Davies and his team was to slice data, be that a chat on the phone, an e-mail or a picture, into separate pieces or packets. These are then put on the network and rely on the intelligence of nodes in the network to help them wend their way to their destination. Once there they are re-assembled into the right order."

I first read about Davies in the book "Where Wizards Stay Up Late" which tells the story of the pioneers behind the creation of Arpanet, the precursor to the internet.  It's a great read.  I highly recommend it.

"Beyond job cuts, Mr Pandit said one of his key priorities would be reducing Citi’s information technology budget, which runs into the tens of billions of dollars. Citi’s sprawling IT operation has 23,000 developers, on a par with many large technology companies, and is highly decentralized – a structure that led to duplication of functions and an increase in expenses." 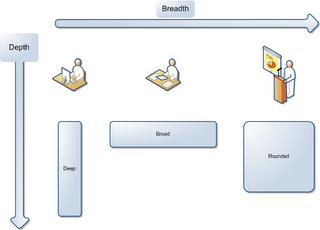 As a technologist in a rapidly changing world there is always the tension between attaining and retaining deep knowledge in a particular technology vs "not-so-deep" knowledge across a broad spectrum of technologies.
but I really liked the quote below

Specialisation is short term-success but it is long-term risk; because as soon as the ecosystem becomes destabilised, you're the first candidate to go extinct. It's the generalists that get through... (From: Sabretooth's surprising weak bite) 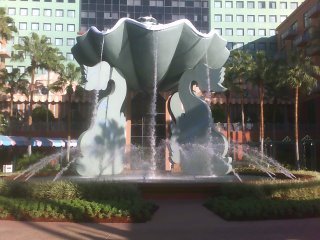 I'm at the CSC Connect Conference in Orlando. It'''s hot and humid!

Interesting article about the acceleration of competion for those that leverage technology...

"We've been studying competition in all U.S. industries, not just the high-tech ones, and we've observed a remarkable pattern: On average, the whole U.S. economy has become more "Schumpeterian" since the mid-1990s. What's more, these changes have been greatest in the industries that buy the most software and computer hardware."