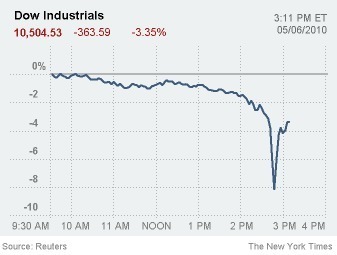 As top Federal Reserve officials debated whether there was a housing bubble and what to do about it, then-Chairman Alan Greenspan argued that the dissent should be kept secret so that the Fed wouldn't lose control of the debate to people less well-informed than themselves.

"We run the risk, by laying out the pros and cons of a particular argument, of inducing people to join in on the debate, and in this regard it is possible to lose control of a process that only we fully understand," Greenspan said, according to the transcripts of a March 2004 meeting.

At the same meeting, a Federal Reserve bank president from Atlanta, Jack Guynn, warned that "a number of folks are expressing growing concern about potential overbuilding and worrisome speculation in the real estate markets,

When processes happen very fast, and there is no way to isolate one part of the system from another, the system is tightly coupled.  Tight coupling allows small incidents to spread into large-scale failures.

In 1988, Joseph Tainter wrote a chilling book called The Collapse of Complex Societies. Tainter looked at several societies that gradually arrived at a level of remarkable sophistication then suddenly collapsed: the Romans, the Lowlands Maya, the inhabitants of Chaco canyon. Every one of those groups had rich traditions, complex social structures, advanced technology, but despite their sophistication, they collapsed, impoverishing and scattering their citizens and leaving little but future archeological sites as evidence of previous greatness. Tainter asked himself whether there was some explanation common to these sudden dissolutions. 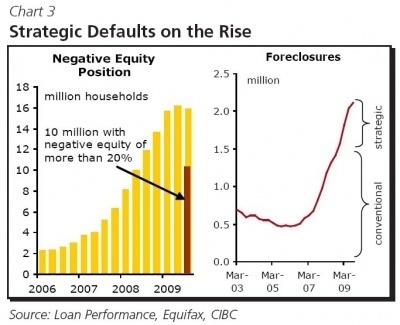 Goldman reduced its exposure to mortgages “early,” Viniar said, “before most people had a view that the world was getting worse.” At one point before the magnitude of the problem became crystalline, Viniar thought that Goldman had become too bearish, and insisted that the firm’s traders reverse course somewhat. That decision later cost the firm around $200 million. “They were 100 percent right,” he said. “I was 100 percent wrong.”

Curiously, other firms did not follow Goldman’s lead and, in fact, during the first quarter of 2007 used the perceived weakness in the market for mortgage securities as an opportunity to double-down on their already huge long bets. This was the turning point. If Bear Stearns, Lehman Brothers, Merrill Lynch, Citigroup and AIG had the same perception of risk as did Viniar and his colleagues at Goldman Sachs, there might have been a downturn, but there wouldn’t have been a meltdown.

I never get tired of reading this stuff.... Also, check out Liars Poker . I read the book back before I joined Salomon Brothers' Technology arm to help set up the 7 WTC trading environment. Good read.

"Gary Gorton, a 57-year-old finance professor and jazz buff, is emerging as an unlikely central figure in the near-collapse of American International Group Inc.

Mr. Gorton, who teaches at Yale School of Management, is best known for his influential academic papers, which have been cited in speeches by Federal Reserve Chairman Ben Bernanke. But he also has a lucrative part-time gig: devising computer models used by the giant insurer to gauge risk in more than $400 billion of devilishly complicated deals called credit-default swaps."AIG relied on those models to help figure out which swap deals were safe. But AIG didn't anticipate how market forces and contract terms not weighed by the models would turn the swaps, over the short term, into huge financial liabilities. AIG didn't assign Mr. Gorton to assess those threats, and knew that his models didn't consider them. Those risks have cost AIG tens of billions of dollars and pushed the federal government to rescue the company in September.

The turmoil at AIG is likely to fan skepticism about the complicated, computer-driven modeling systems that many financial giants rely on to minimize risk. As chief executive of Berkshire Hathaway Inc., which owns insurance companies, Warren Buffett has been sounding the alarm about the issue for years. Recently, he told PBS interviewer Charlie Rose: "All I can say is, beware of geeks...bearing formulas."