Great quote from the article Building an Integration Competency Center...

The first step is a basic change of attitude; companies must shift their perception of integration from a discrete project-based task to one holistic, on-going responsibility.

Another over the top convention happening... Sun also hired "Camp Freddy" to follow Dennis Miller at the JavaOne After Dark Bash. Nothing like a corporate pick-up band>(

OK, I've seen it all... While at the JavaOne conference in San Francisco, Sun Microsystmes hired an all girl Led Zeppelin Cover band called Zepparella. Not bad, but...

I have to admit that I surfed a few sessions today. Basically there were a number of interesting session running concurrently so I started with the most interesting and sometimes cut out to catch the tail end of another....

Here are a few: 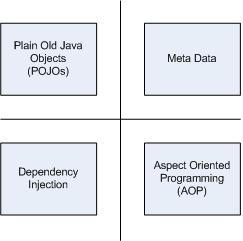 The data shows that some software project failures are indeed caused by sloppy programming, but a number of recent studies demonstrate rather convincingly that poor requirements management may be the single largest cause of project failure.